Anyone who lives with T1D knows just how quickly your life can change, forever.

I’ll never forget the day I was diagnosed. I was 14 years old and in grade 9. I had just returned from my long anticipated grade 9 trip to Europe, a two week trip with classmates through Italy, Scotland, England and France. When I returned, I was easily 20 pounds lighter and felt extremely ill.

My parents were concerned and kept a close eye on me for the next several weeks. What I remember about those weeks leading up to diagnosis was peeing and drinking orange juice. That was all I did.

My dad, having been diagnosed with Type 2 Diabetes about 6 months previously, started to recognize the symptoms. For several days he tried to convince me to prick my finger with what I considered a torturous device. I finally gave in and reluctantly let him prick my finger. I closed my eyes tight and handed over my pointer finger. It hurt, a lot. I had no idea what the information on the screen meant, but to my parents “HI” was really bad.

Next thing I knew I was in a hospital bed at the Alberta Children’s Hospital. The doctor told me I had diabetes. What I remember most was wishing so incredibly hard for it to be Type 2 and not Type 1. This is because at the time, the only difference I knew was that Type 1 meant needles and Type 2 didn’t. Obviously, my wish did not come true. 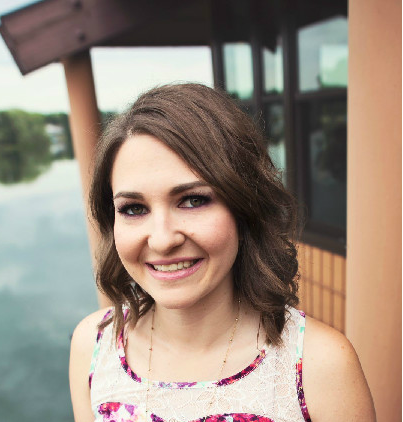 My experience for the next several days at the hospital is vividly clear. Sitting in a diabetes classroom with my mom, being taught words and concepts I never knew existed, and lectured about things I ate I never knew were bad. We came up with a meal plan which consisted of my mom waking me up at 6 a.m. every morning to give me 8 Oreo cookies followed by some enormous lunch I can’t remember followed by another snack, a ridiculous dinner and a bedtime snack. This meal plan was the cumulative result of trying to describe to the nurse and dietician the biggest meals I had ever eaten. Looking back now, I have no idea what the intended outcome of this was, other than to make me fat. I was terrified. Terrified of needles, terrified of what my friends would think, of getting fat and mostly terrified that I had no idea what I was doing.

When I was eventually discharged from the hospital, I wasn’t doing my own pen injections. I couldn’t bring myself to pierce my skin with the tip of the needle. It seemed so un-natural. For months, my parents, sister and friends were doing my injections for me. I felt very out of control, like my life was no longer my own. A series of other life events occurred that same year, causing me to feel less and less like I had any control over what went on in my life. I was told what to eat, when to eat it and I had to be with certain people when I did so. My life revolved around eating, and I hated it.

One weekend I decided enough was enough. I remember sitting on the floor in the downstairs bathroom in my pyjamas with my insulin pen and the door locked. I was not going to let myself leave that bathroom until I did my own injection. It felt like I was in there for days, but I’m certain it was at least several hours. I held the tip of the needle within millimetres of my skin, but that’s as far as it would go. Finally, sweating and shaking, I pushed that needle through my skin and into my upper thigh. My first injection of literally 1000’s which I would do in my life. I had taken back control.

That control turned out not to be as great as I had anticipated.

Once I was doing my own injections, I found that my parents were handing over more and more of the responsibility to me. I thought I was ready for it, I wasn’t.
Sixteen-year-old me had it all figured out. Thinking about it now, makes me tear up and wish I could go back in time and shake my teenage self.

It was never a conscious decision I made. I didn’t wake up one day and just decide to ignore my diabetes and not take care of myself. It just sort of, happened. Maybe I missed an injection one day, and I didn’t die. I’d think to myself “what were they so worried about, nothing bad even happened”. Sure, my sugar was high, but I could get it back down if I wanted to. Eventually, I was “forgetting” more and more. I was lying to my parents, to my doctors and even to myself about taking insulin. Some days, even I was surprised to see a 26.4mmol reading on my glucometer.

For several years I was in and out of the hospital, I had more admissions for DKA than I can count. Because of all the admissions, I never graduated high school. Sure, I attended my grad. The hospital was gracious enough to grant me a day pass to go. I wore a simple black dress, accessorized with a nice net glove to protect the IV line I still had to wear. I didn’t feel the same as my friends, I felt nothing; no excitement, no anticipation for the rest of my life, nothing.  Eleven o’clock rolled around and my mom picked me up and took me back to the hospital. I was out of DKA by this point, but I was still getting fluids and the doctors were closely monitoring my blood work.

By this point, my parents had divorced and I was now living with my dad. He travelled a lot and I was left to my own devices. Sure, he would check in on me and ask me how my sugars were but for the most part, diabetes was my responsibility, and I blew it. One summer my parents tried to sign me up for D-Camp. I wish I had gone. But as my sister so politely pointed out to me recently, “Have you ever met 16-year-old you?”. I was stubborn, as most teenagers are. If I didn’t want to do something, that was pretty much the end of it. So I didn’t go to D-Camp, I never gave myself the opportunity to feel “normal”.  So I continued to feel like I didn’t belong, like no one in the whole world knew how I felt or what I was coping with every second of everyday. It wasn’t the needles, because I wasn’t doing them. It wasn’t the finger pokes, because I wasn’t doing them, either. It was the guilt. The guilt of knowing that I was probably hurting myself. The knowledge that while my friends thought my diabetes was “no big deal”, because that’s what I constantly portrayed to them, it was a big deal.  But, I was a teenager and all that bad stuff that everyone told me would happen, could NEVER happen to me. It just wouldn’t.

I have retinopathy, kidney damage, neuropathy of my bowel and nerve damage in my feet.
I can’t remember when my attitude towards diabetes changed, but it was somewhere between nerve damage and kidney damage. Even as a 20 something year old, hearing I had neuropathy of my bowel, having to be within eye shot of a bathroom didn’t make me change my ways. It was when the reality that none of these complications were ever going to go away. They would most likely continue to worsen for as long as diabetes continued to be “no big deal”.

Once again, I took control. I did a bunch of research, asked my doctors questions and eventually with some financial help from my parents purchased an insulin pump. Through that, I have met some truly amazing people in the diabetes community. Diabetes didn’t go away, it didn’t get easier right away and I certainly didn’t stop having highs and lows. I’m not perfect and I certainly don’t pretend to be. But I try to do the best I can that day.
I have been working hard at my diabetes for years now, testing and reporting back to the nurses and dieticians in an effort to “save myself from myself” as I often feel.

The most devastating news came only a few weeks ago, when I found out that due to my complications I may never safely and successfully have a baby of my own. I know, my 16 year old self had not considered this as a possibility. Sixteen-year-old me was immune to complications, she didn’t look to the future and she had all the answers.

In writing and sharing my story, it is my hope to speak to someone, anyone, who can identify with the emotions 16 year old me was feeling and learn from my mistakes. I am getting all choked up again thinking of how I wish I had done things differently. I feel very strongly that the biggest piece which was missing was the support. If I had known even one other person who was going through was I was going through, or had who already been through it, maybe I would have been more diligent, less careless and more thoughtful.

My life is good now. I have learned to live with diabetes instead of constantly pushing against it. I am married, we have a house, a cat and I am finally healthy enough to complete my diploma.

My #1 piece of advice is simple…

Talk to someone. Reach out and find someone to talk to about diabetes who understands what it’s like. It could change your life and give you the motivation you need to live your best life. Complications might happen to you regardless of what you do, or how diligent you are. I can honestly say, that the guilt of knowing I didn’t do everything I could sticks with me every day and I will likely spend the rest of my life trying to make it up to myself.

We all benefit by sharing our stories: stories of diagnosis, stories about what we’ve learned, stories of all the ways we’ve fallen down and all the times we’ve gotten back up. Funny stories, sad stories, frightening stories, hopeful stories. All of them, ultimately, stories of triumph. I would love to hear your diabetes-stories! With your permission, and with or without names or pictures, your family’s story will appear under D-Stories on WaltzingTheDragon.ca