Hippity-hoppity, Easter’s on its way! And so are the solid chocolate bunnies, the basket full of gummie eggs, and the Spring Fling parties (complete with home-baked -- read: NOT carb-counted! --goodies). When you don’t have a nutritional label to rely on, here are some handy rules of thumb for carb counting Easter treats.

(from the Registered Dieticians at the Diabetes and Endocrine Clinic, Alberta Children’s Hospital)

Plain chocolate has a carb factor of approximately 0.55. That is, if you weigh the item on a scale, there will be 0.55g carbs for every one gram of weight; just over half of that Chocolate Bunny’s weight will be carbohydrates. For example, a bunny weighing 50g will have (50 x 0.55, or) about 28g of carbs; a handful of pastel-wrapped Hershey’s kisses weighing 30g will have about 16g of carbs.

Cupcakes have 15g of carbs for a plain, medium cupcake (1/24th of a Betty Crocker cake mix), plus 10g of carbs for every tablespoon of icing. For a typical cupcake with about 1 tbsp of icing, that totals 25g of carbohydrates. For one piled high with icing (think: boutique bakery cupcakes) this may mean 35g of carbs or more. A mini cupcake may run closer to 15g of carbs with icing.

(Note: If you can access them, better carb counting tools include the food label, the company website, or a nutritional app.) 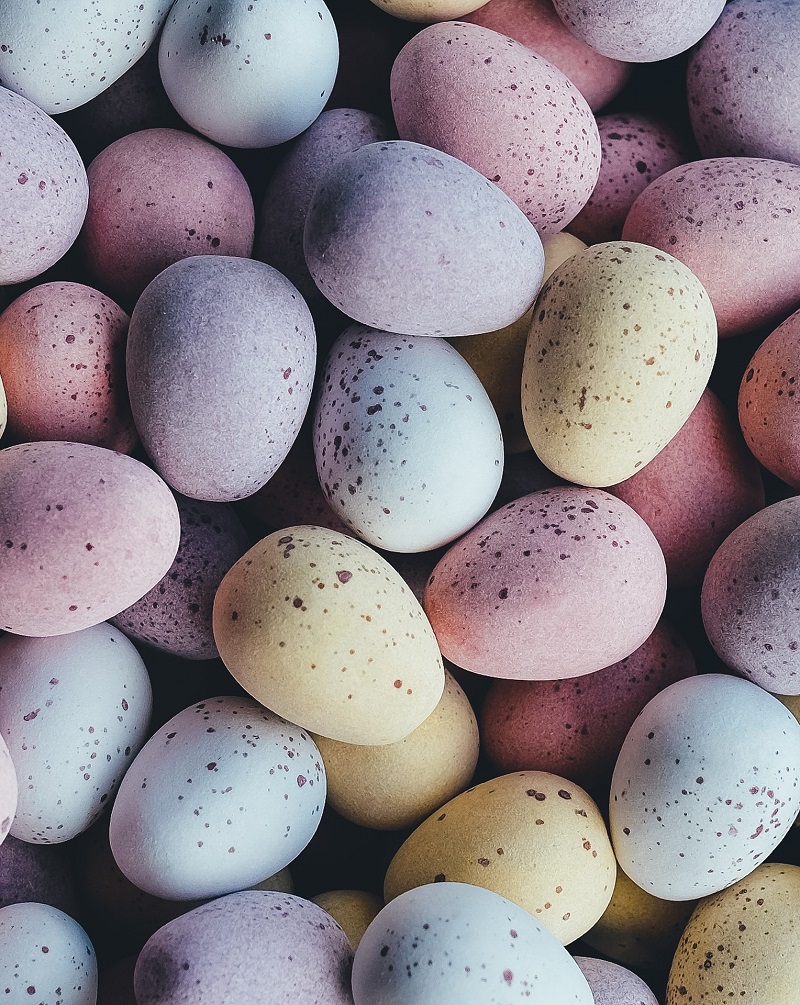 Also check out this Waltzing the Dragon Carb Guide to popular brands of Easter chocolate and candy...

What is a Carb Factor (CF) and how do I use it?

The above information was adapted with permission from The Alberta Children’s Hospital Diabetes Clinic information handouts.